Kyle didn’t seem to have any issues, but I was getting  severe Key holing and lackluster accuracy at every distance with them. I wrote it off to pushing the bullet too fast.

More of my posts on this general 300 BLK subject and these bullets:

I called Lee about it and they said it was originally a special order for MidwayUSA.

It has a rather bizarre shape..309 at the heal and .305 at the front end of the lube grooves. My suspicion is it wobbles in the barrel as there is no real bearing surface like most .308 bullets in my experience.

Well, Kyle and I never reconnected after a weekend break from discussing it. I am back with more data and thought he might want to hear my info on it so far.

4 of 5 seemed stable and punched round holes. One of 5 in every group shown were full-on sideways. The tale of the targets follows: 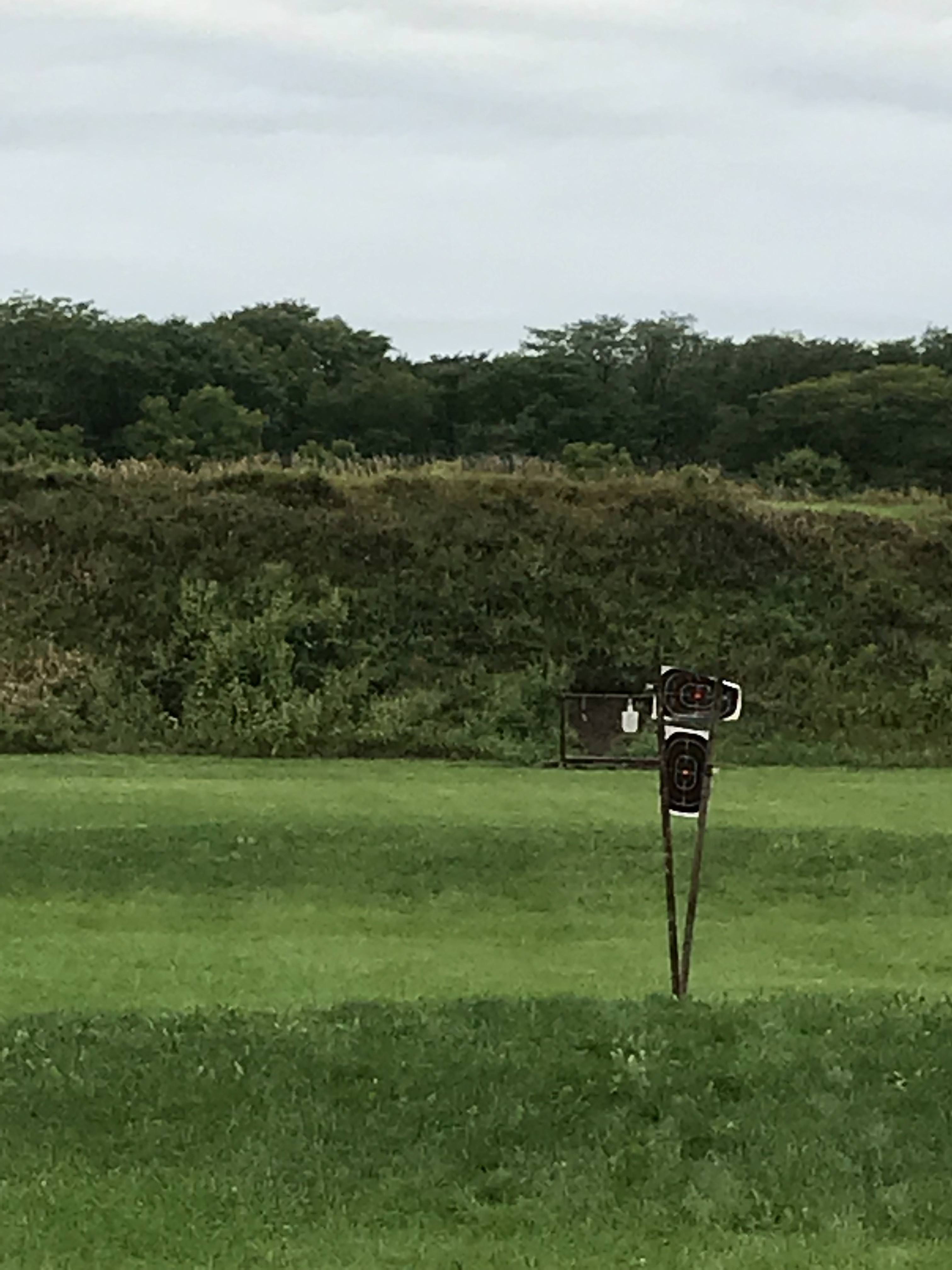 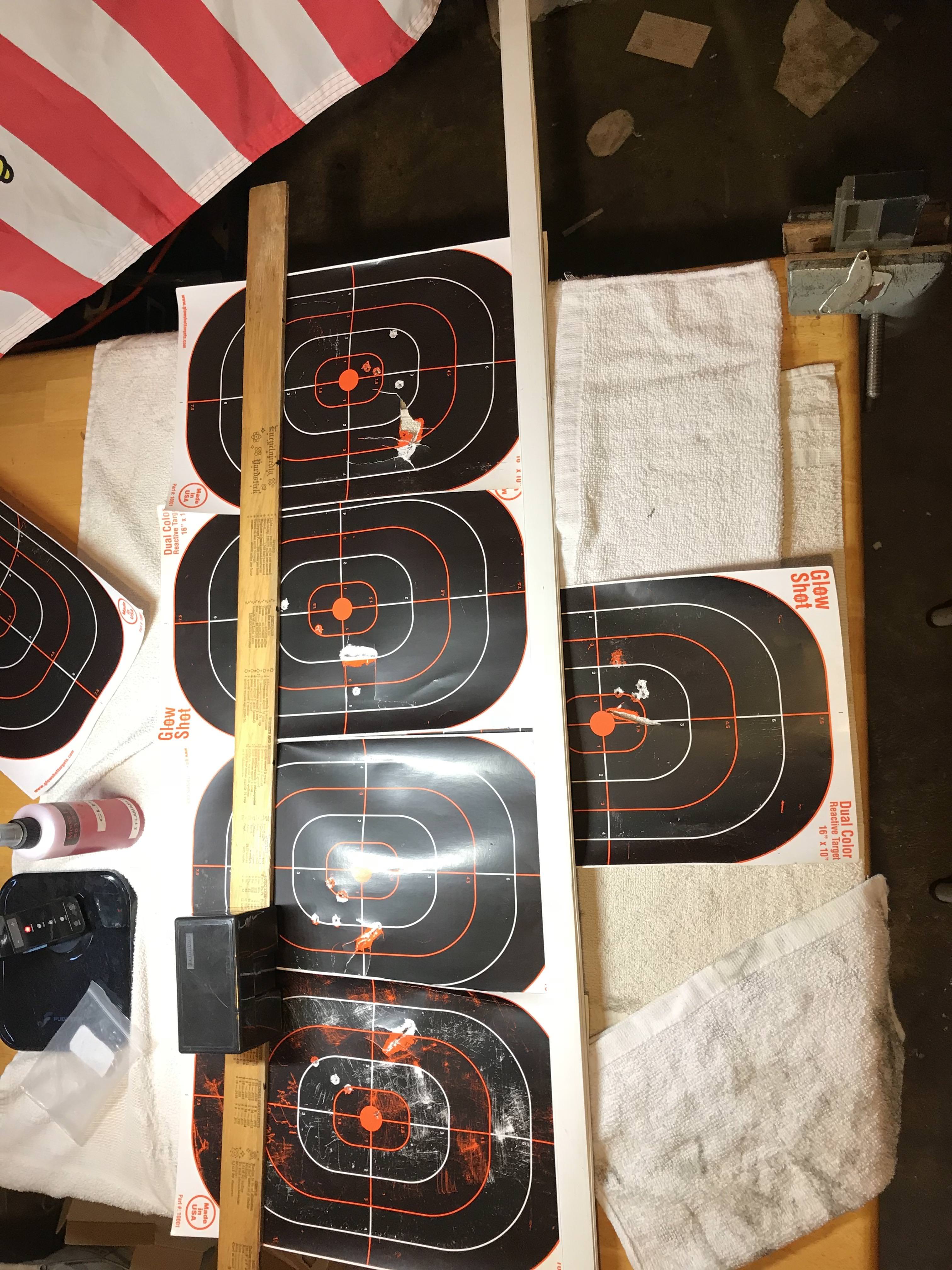 All 5 targets showing the broadside hits. 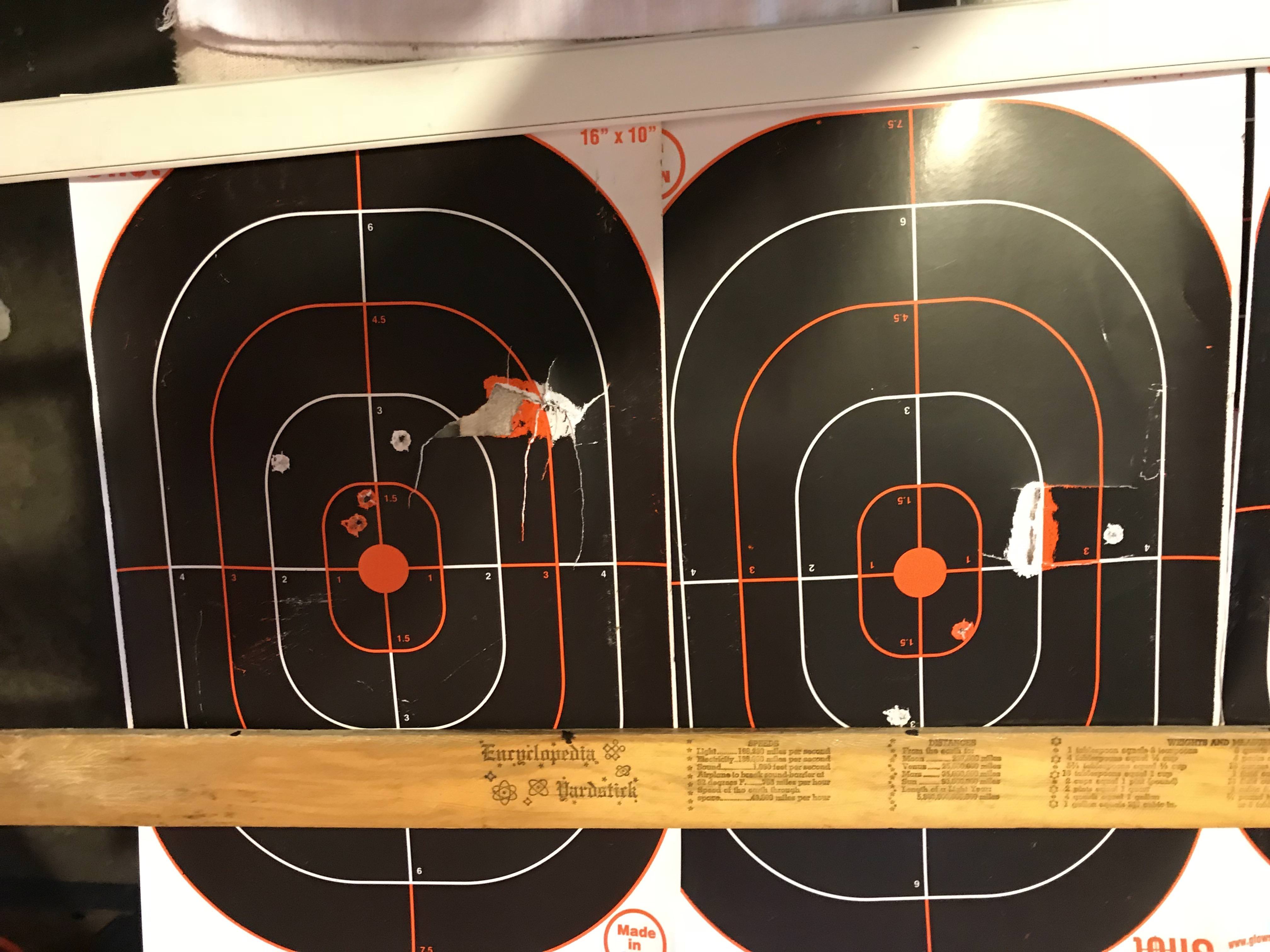 Curious they get that far sideways in 25 yards? 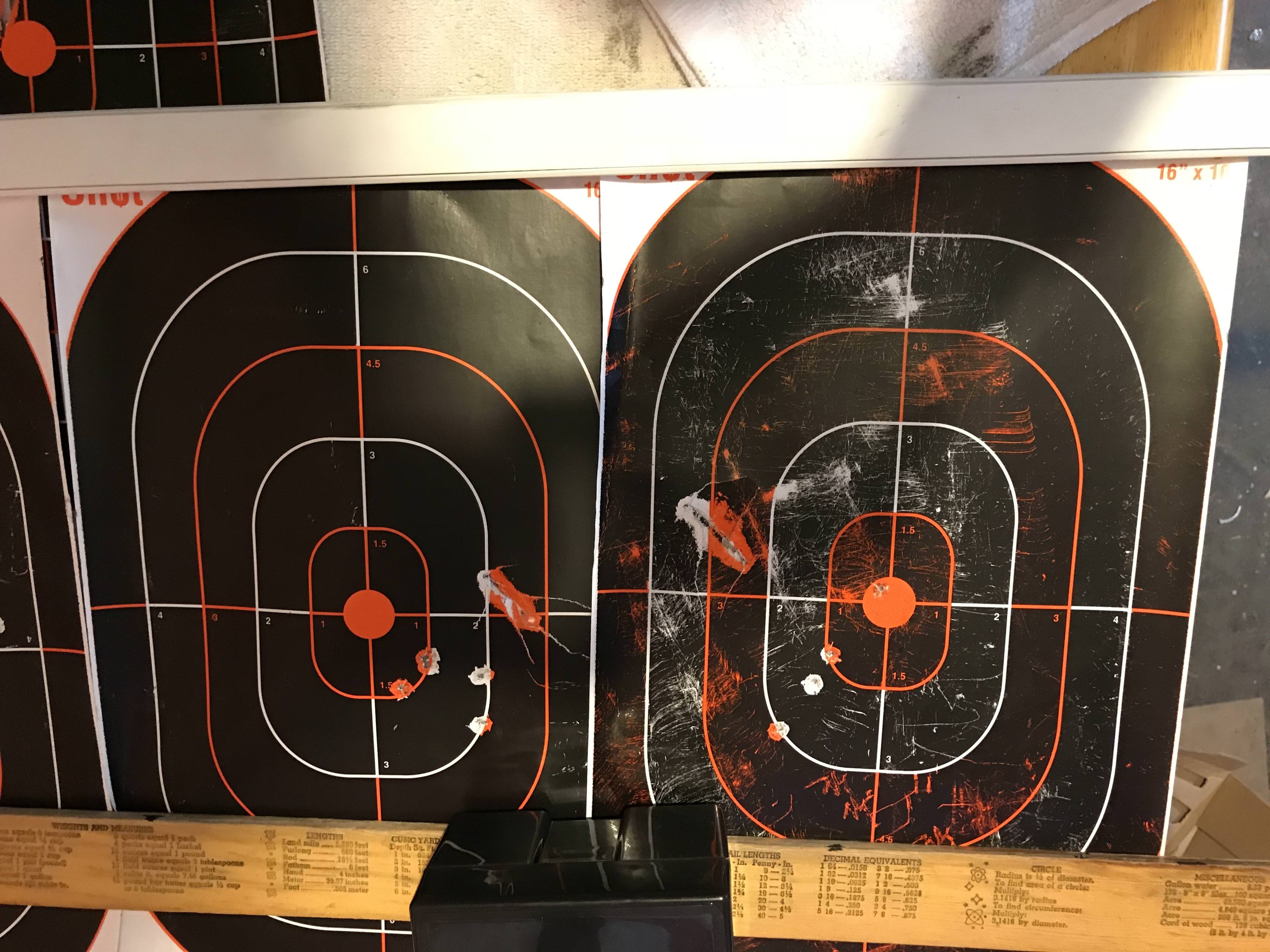 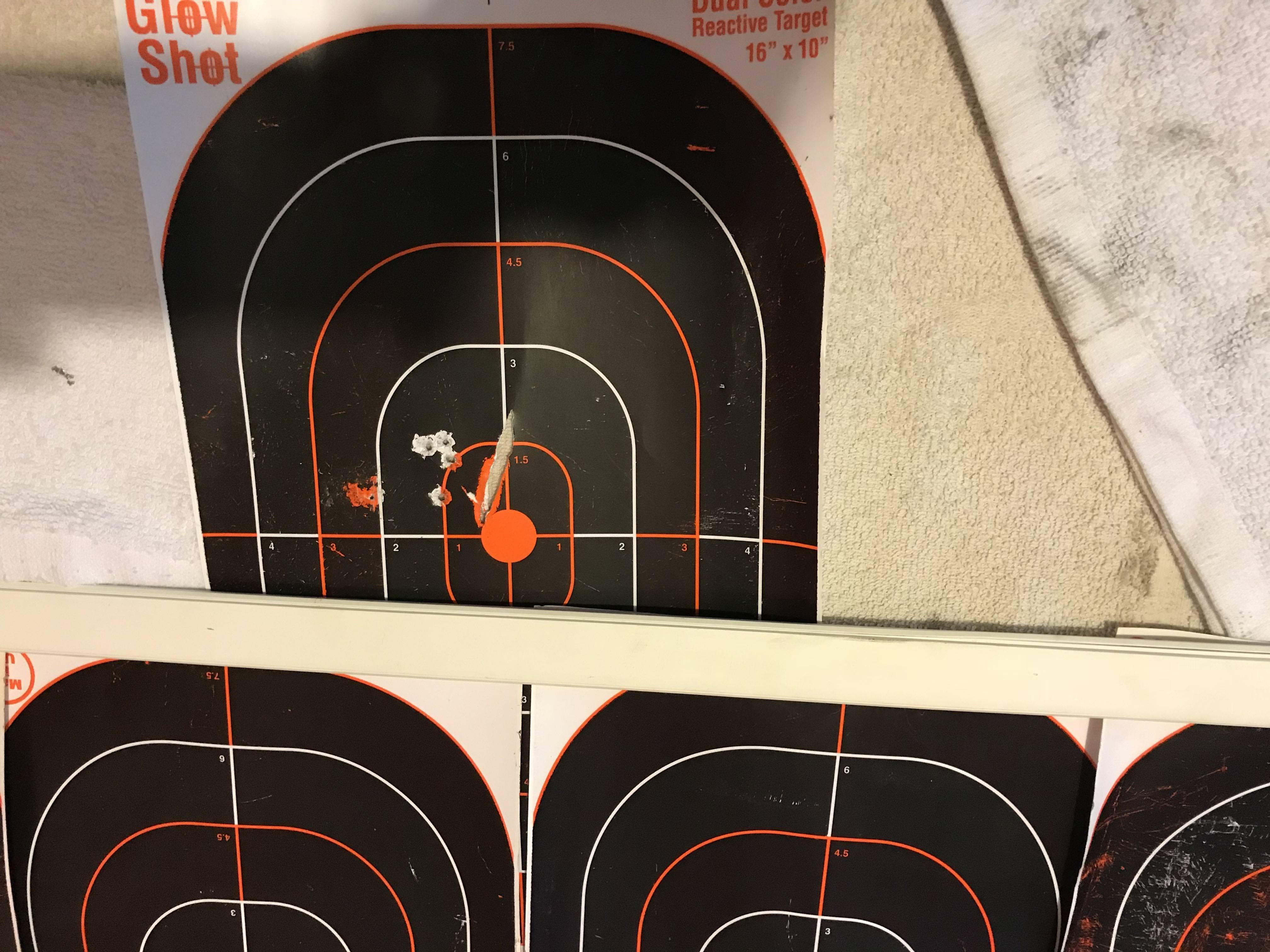 I mean, these guys aren’t just cocked off a few degrees to the axis of the bore, they are full-on sideways and pretty much 90 degrees from the bore axis! In 25 yards. They did this from my AR’s, both the 16″ carbine and the 10.5″ pistol.

Am I Jinxed or what? I have never seen where anyone has had anything but good luck with these.

No picture, but I shot 4 of this same load under a 220 grain Sierra Round Nose soft point bullet I had a few of. Those shot nice into an easy 1″ group from 25 yards.

I guess I will be putting this 230 grain Lee mold in storage and looking for something that flies right in the 200+ grain range.

I tried everything I could think of with these bullets. Faster, slower, even shot a couple with my wrist rocket sling shot and they key holed!

Thats my story and I’m sticking with it.

Disappointed but undaunted. I will find a good subsonic punkin to chunk downrange with this Ruger some day. Just wish there was a source for a handful of bullets from a mold that a guy might like without having to buy the mold itself hoping it is what you want. At least Lee molds are inexpensive and toss good bullets as well.

I have given up on this particular mold. I don’t mind working at getting something to work but the holes are in the paper and the writing is on the wall.  I surrender.

Survived to retirement only to discover the Socialists have usurped our republic and that 1984 is way too close for comfort.

PS, you might want to check out Taco’s most recent two posts.

Hey dubya, actually, a lot of people complain about this mold on both 300 black talk and on castboolits. I think your fits are actually par for the coarse. Part of it is that many of the adopters have never shot cast bullets before this one, so they make a lot of rookie mistakes, but there are design factors too. It needs a fast twist, per consensus. Some of them don’t seem to be casting very good bullets, or are using random alloy, but even those who do things properly seem sharply divided on whether it is good or terrible.… Read more »