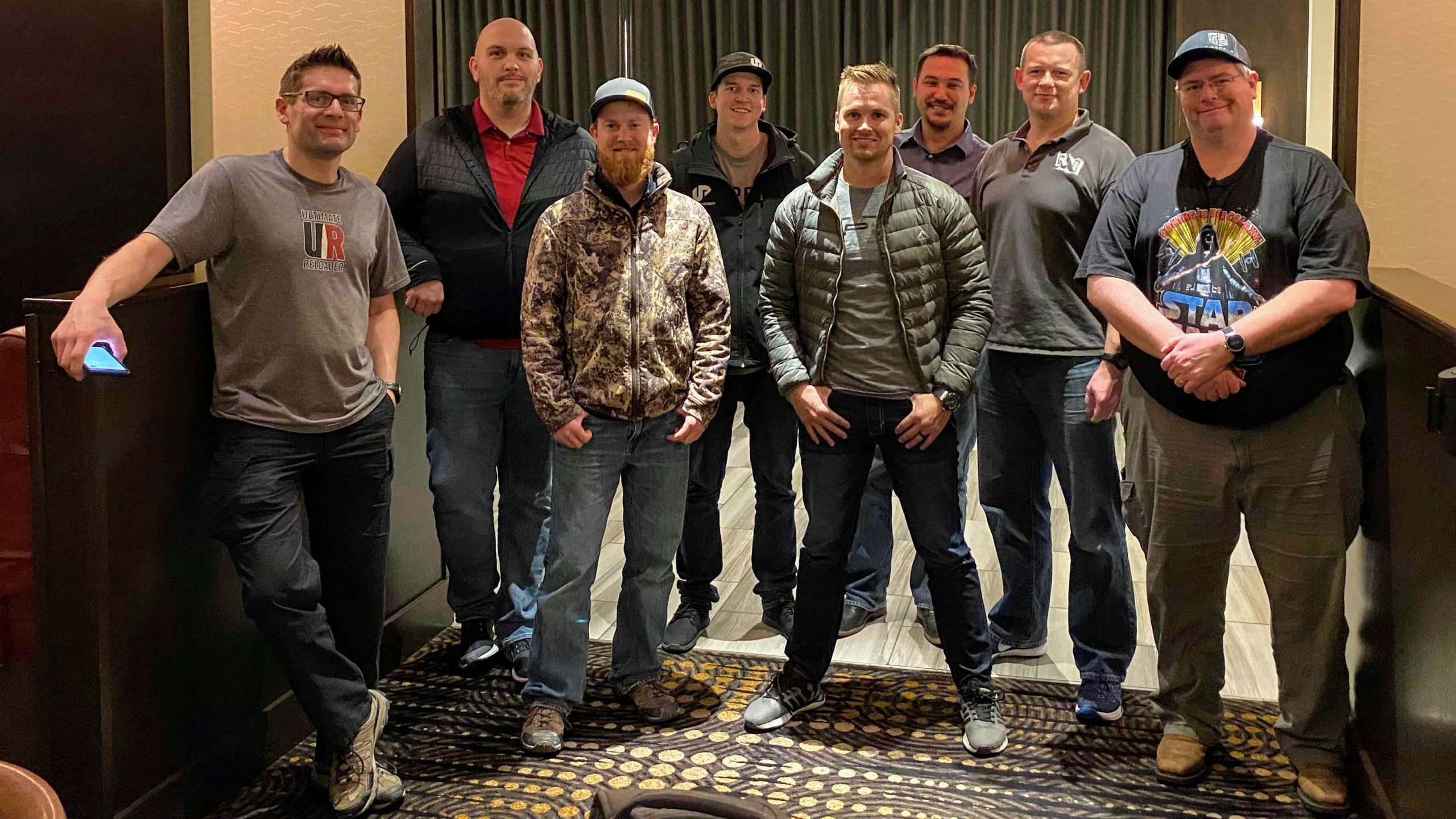 I was able to attend SHOT Show in January, but I have been unable to post my experiences and pictures and videos until now. I recently detailed what has been going on with the channel over the last several weeks here: A Loads of Bacon Channel Update

I got to go to SHOT Show last year for the first time, so 2020 was my second SHOT experience. For those unaware, SHOT stands for Shooting, Hunting, and Outdoors Trade, and it is a massive annual industry trade show. There are almost 20 acres of exhibit space and more than 2,500 exhibitors. Monday was “Industry Day at the Range”, and I was not part of that, so Tuesday was my first day at the show.

Monday is often referred to as “Range Day”. I stayed home on Monday and had my own range day with my oldest son.

Tuesday through Friday are when the SHOT Show exhibits are on display at the Sands Expo Convention Center in Las Vegas, Nevada.

Much of what was on display has been covered by numerous other channels and media outlets, so I will not attempt to cover every single items that was at the Show. My primary purpose for attending was to make contacts and connections with as many people and companies as possible and let them know about the outstanding community of shooters, casters, and reloaders, as well as the great group of authors we have here at The Reloaders Network. Here are a few of the highlights of what I saw on Day 1.

I did a lot of walking. Lots and LOTS of walking! There are rows and rows and rows of booths to see. There are more AR-15s than you can count. The show can be a bit overwhelming, but I found that many of the booths were in the exact same place as last year which helped quite a bit.

One of the first booths I looked for was Uintah Precision. They had moved slightly from last year, but I found them quickly and was able to reconnect with West Desert Shooter. 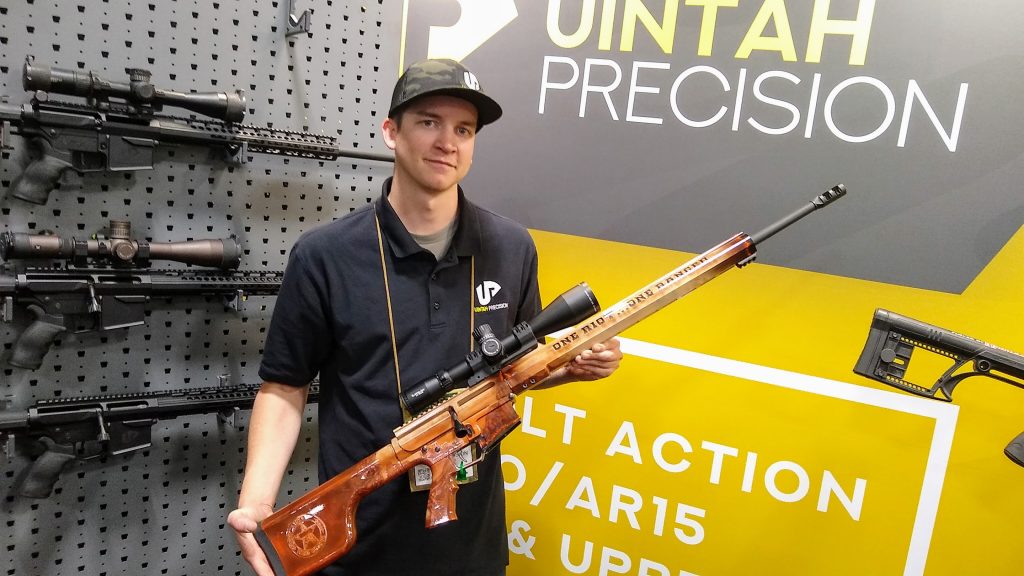 After catching up with Logan for a bit I wondered up to the Redding booth. SHOT is the type of event where you stand the chance of runing into many celebrities, both big and small. Few are bigger than Hickok45 who stands 6’8″. I happened to see both he and his son John several times during the week. 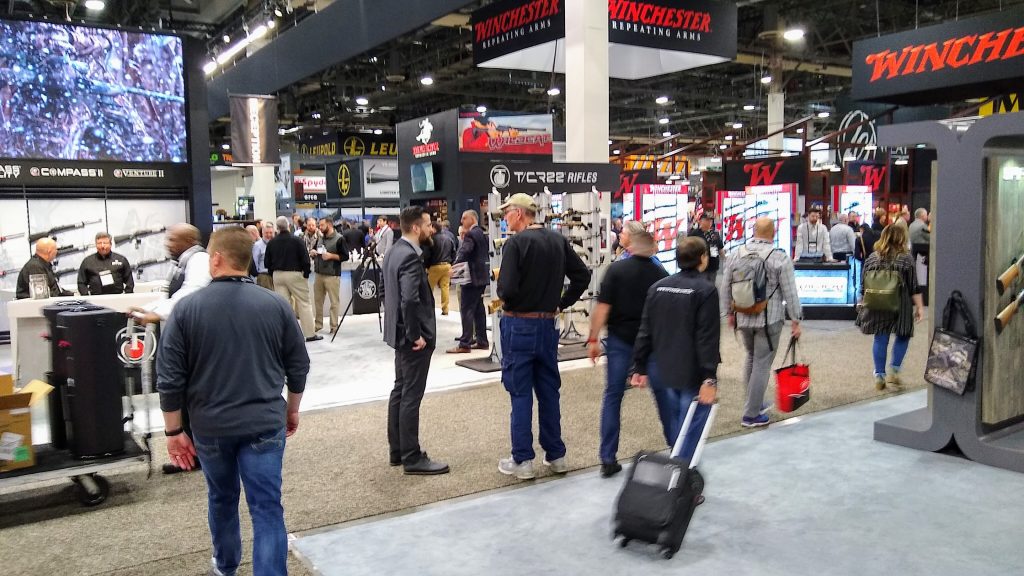 Redding Reloading Equipment is one of only a few booths to have anything related to bullet casting on display at SHOT. 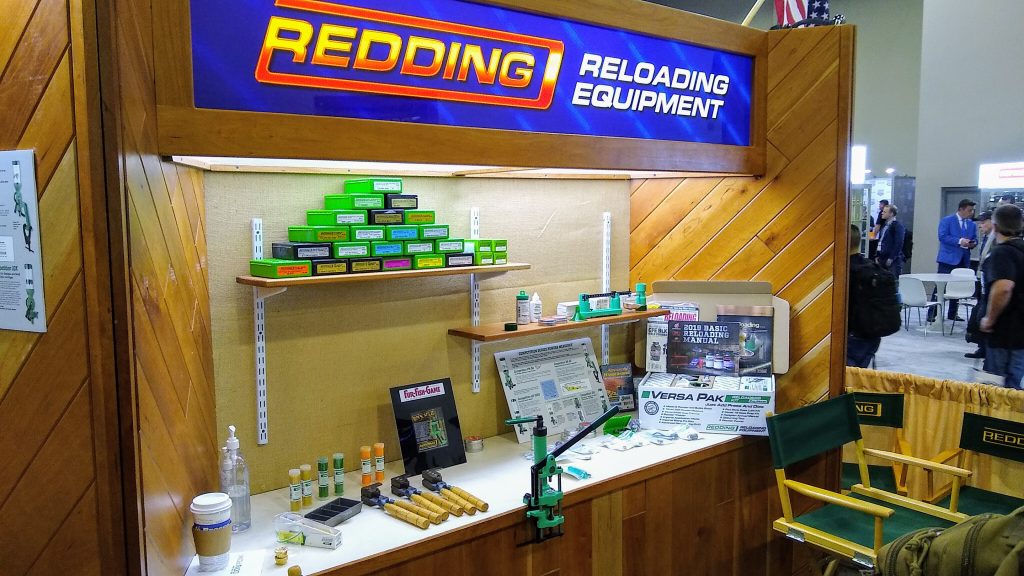 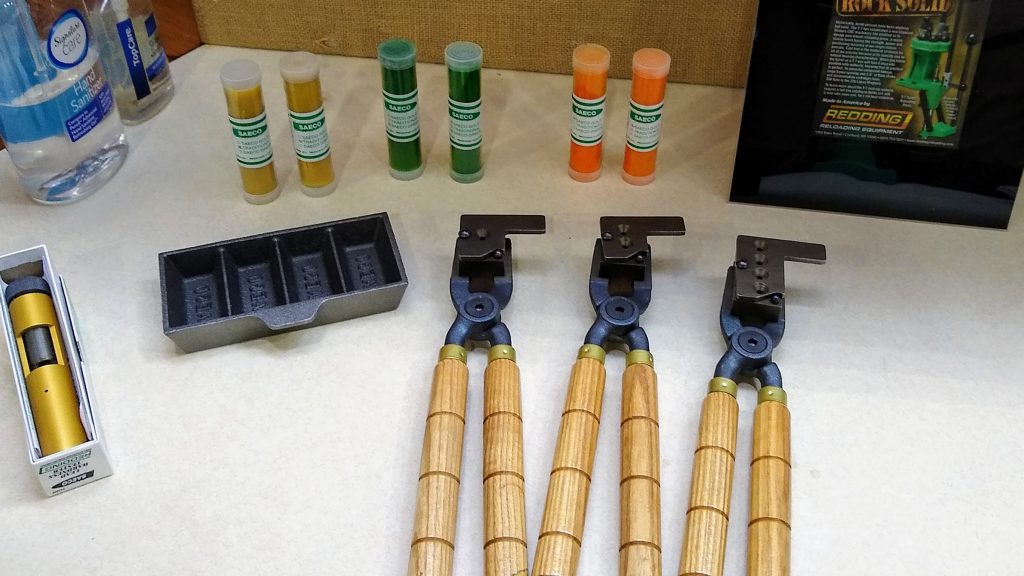 Just across the aisle from Redding was the display for Shooters World powder. 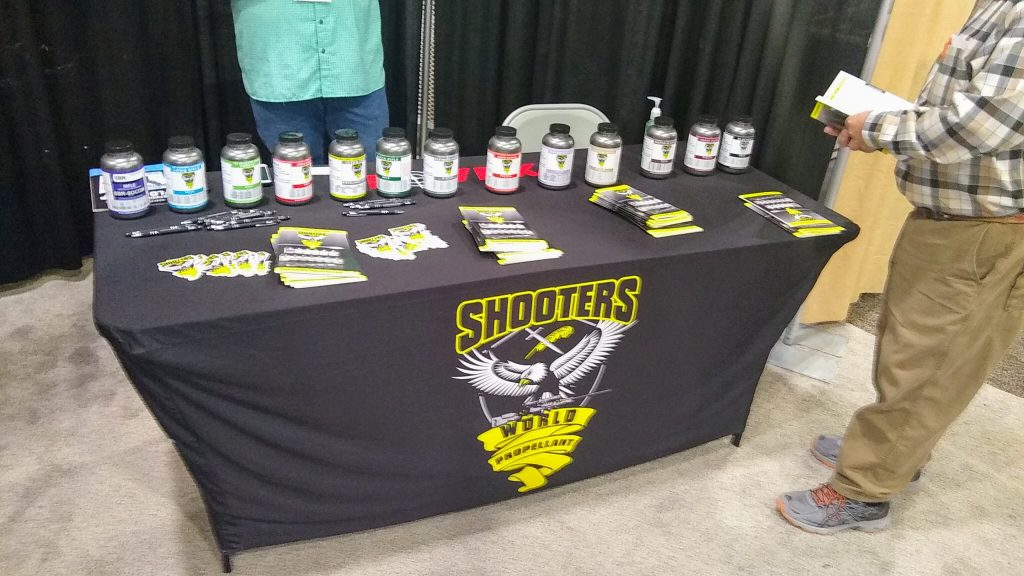 From there I continued to wonder around trying to see how many booths I could visit. That morning I found the booths of three of TRN’s affiliates, Tyrant Designs CNC, LA Police Gear, and MIRA Safety.  Tyrant offers some beautiful CNC-machined grips, magazine extensions, muzzle brakes, and other firearms parts.  (Get 5% off with code: “Welcome5”.)

Don’t let the tiny booth fool you in this picture, LAPG offers a great selection of not only clothing and footwear, but also lights, bags, first aid supplies, knives, holsters, gun parts, shooting and range gear, optics, and more. 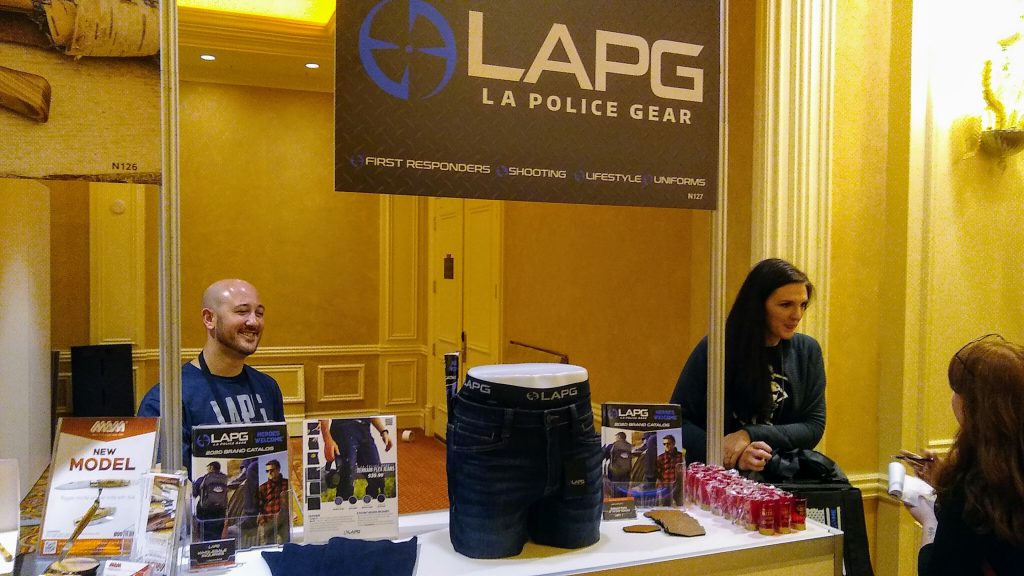 I imagine that MIRA Safety is extremely busy right about now as they offer gas masks and filters and other supplies that will be in high demand right now.  (Get 10% off with code “MIRA10”.) 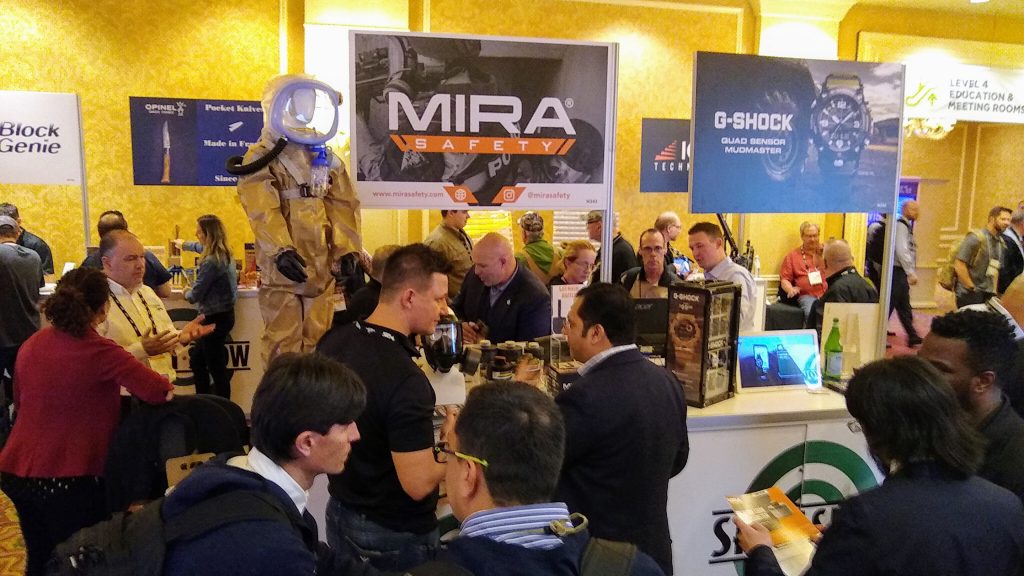 Next I stopped by the MGM Case-Gard booth to see what new storage solutions they had to offer. Here you can see three different types of firearms cases. The first will allow for the stacking and storage of multiple pistols in a gun safe on top of each other. 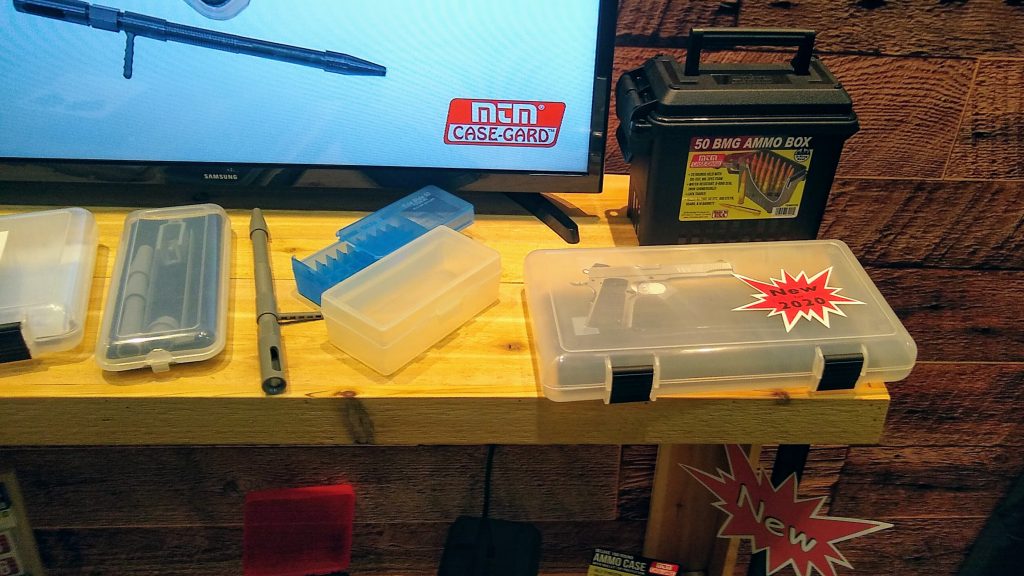 They are offering full rifle cases. 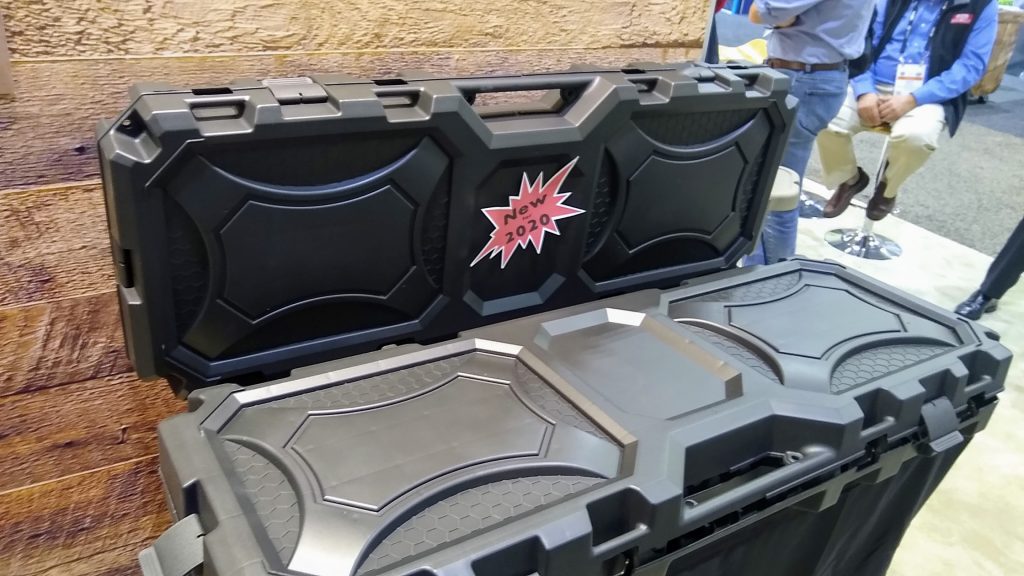 Here is an ammo can style box with a foam insert for small pistols and magazines. 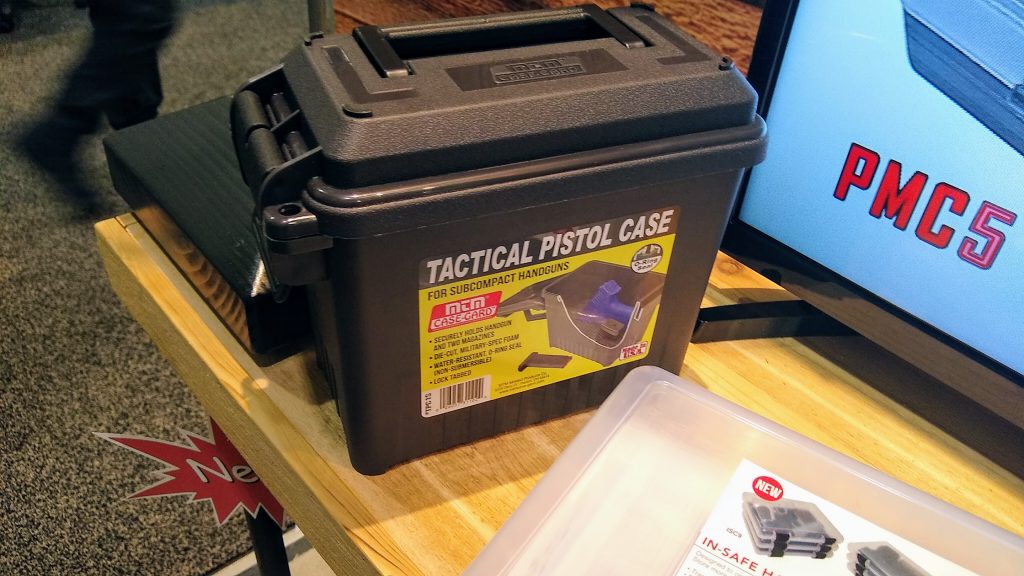 One of the people that I was hoping to find and connect with with Joel Persinger from GunGuyTV. After lunch I happened across he and his son at the Crimson Trace booth. 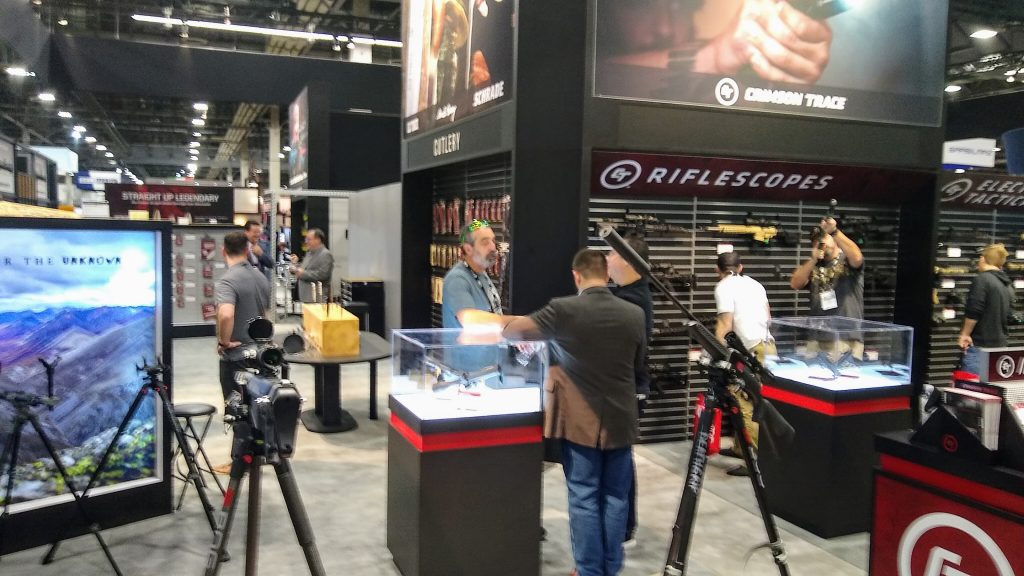 It was a pleasure to be able to meet him and shake his hand.  We chatted for a couple of minutes and then he suggested we should meet the next day to record a podcast about The Reloaders Network, which we did.

From there I continued to check out all of the various booths and new products.  I stopped by TekMat, another TRN affiliate company, introduced myself, and browsed the many great bench mat offerings they have. 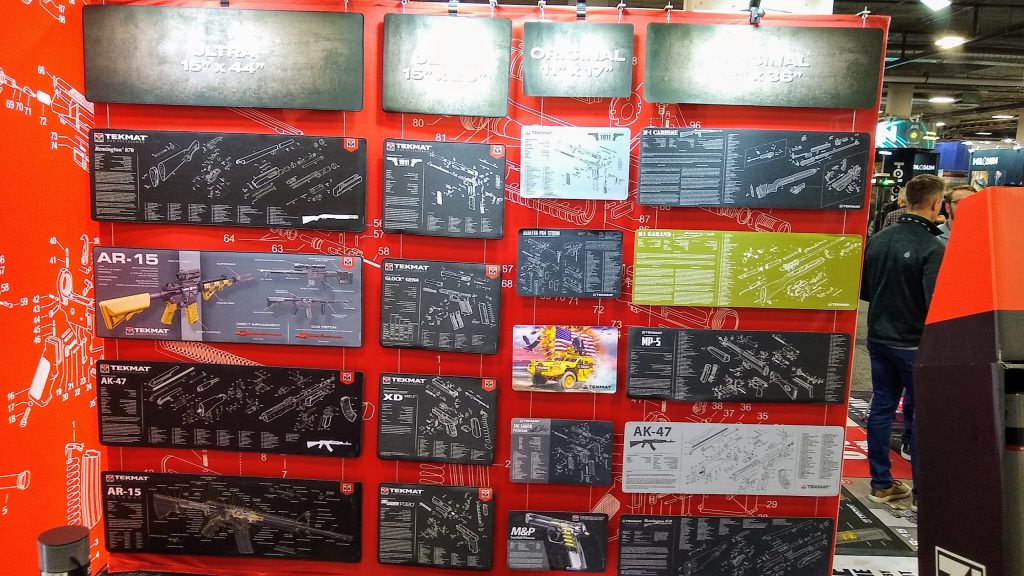 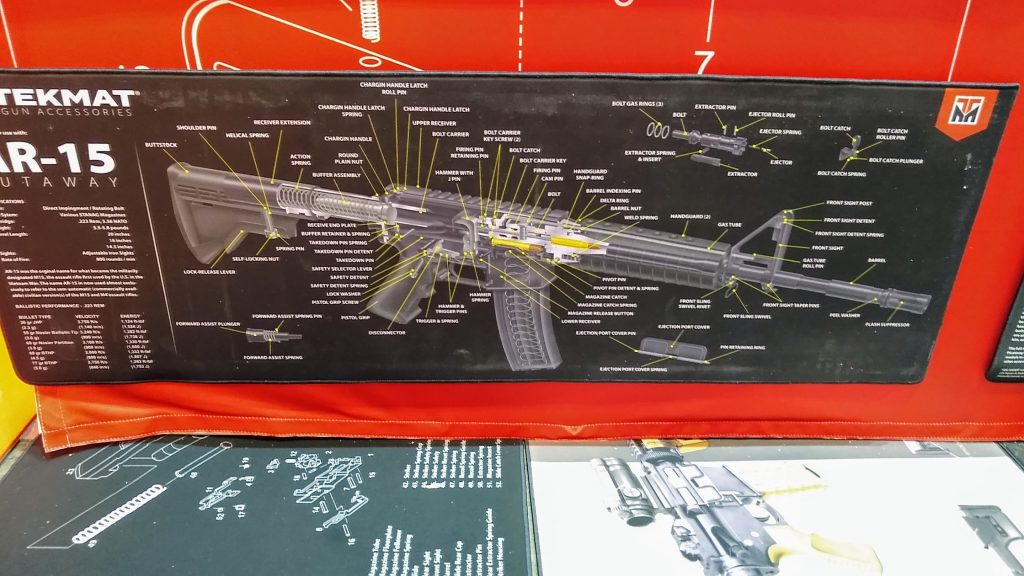 I stopped by the Tactacam booth after their cameras hooked up to spotting scopes and rifles scopes caught my eye. 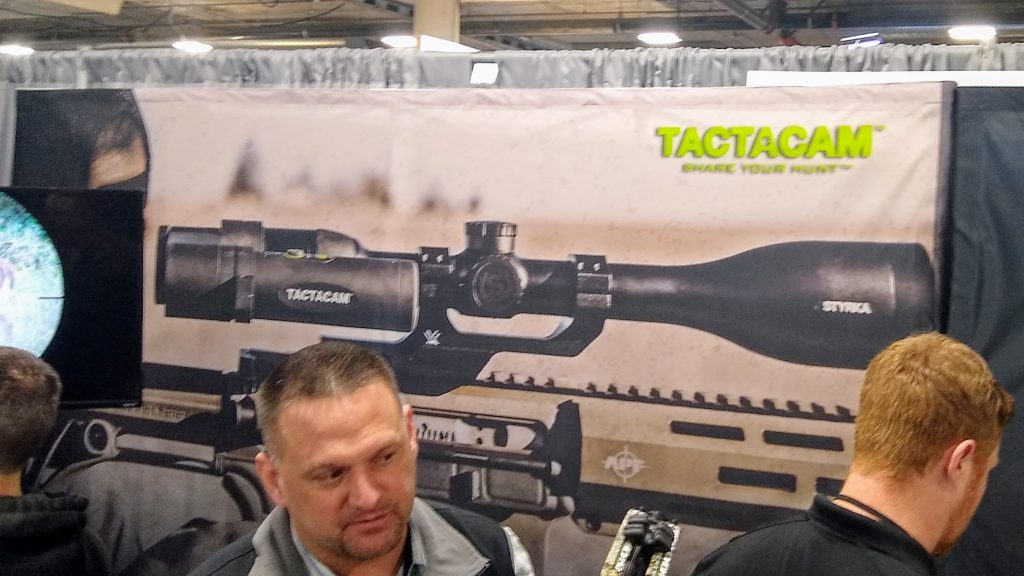 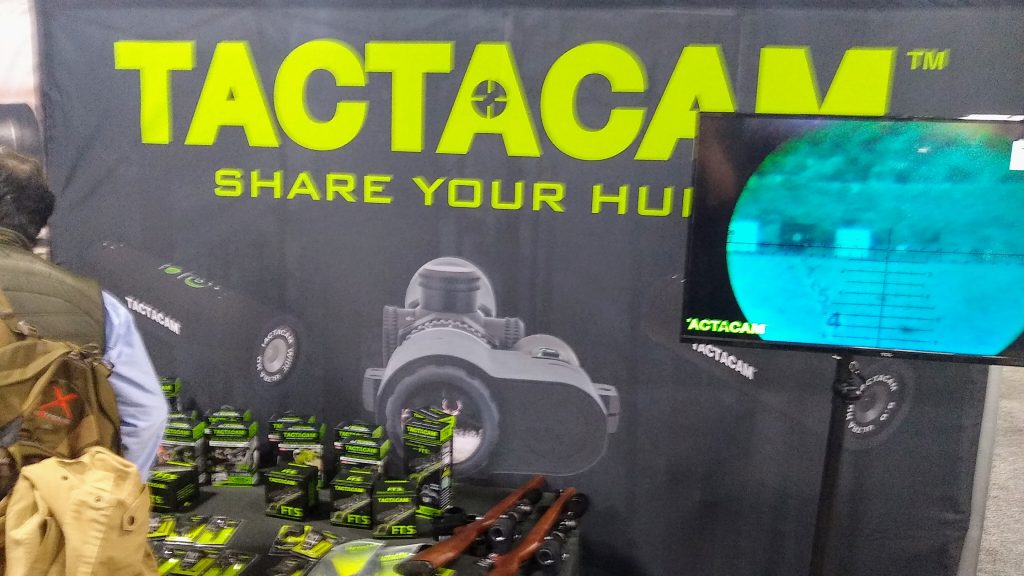 Jon Patton from The Gun Collective. 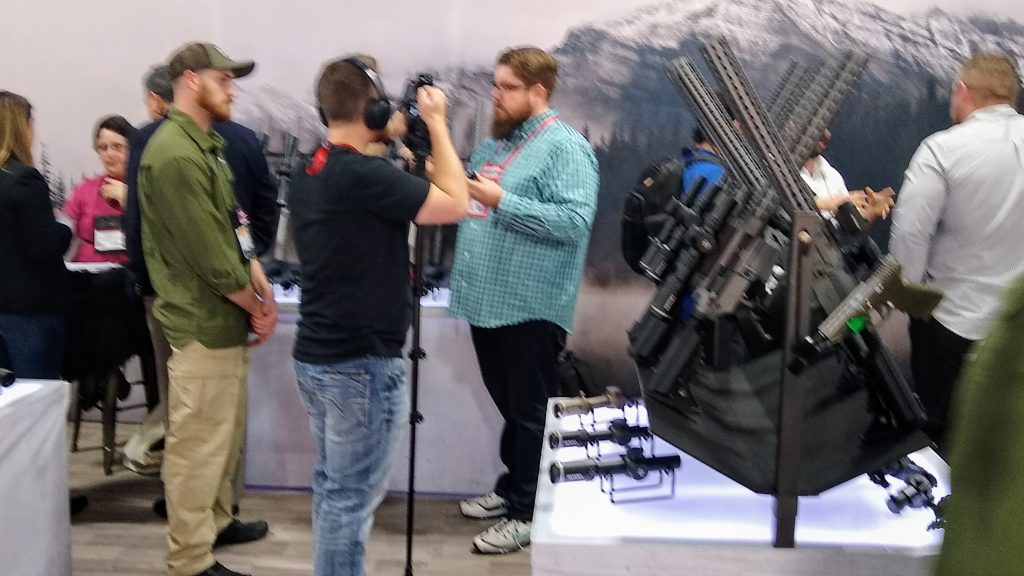 There were a number of companies offering high-end bullets like these solid copper, lathe turned bullets from Cutting Edge Bullets. 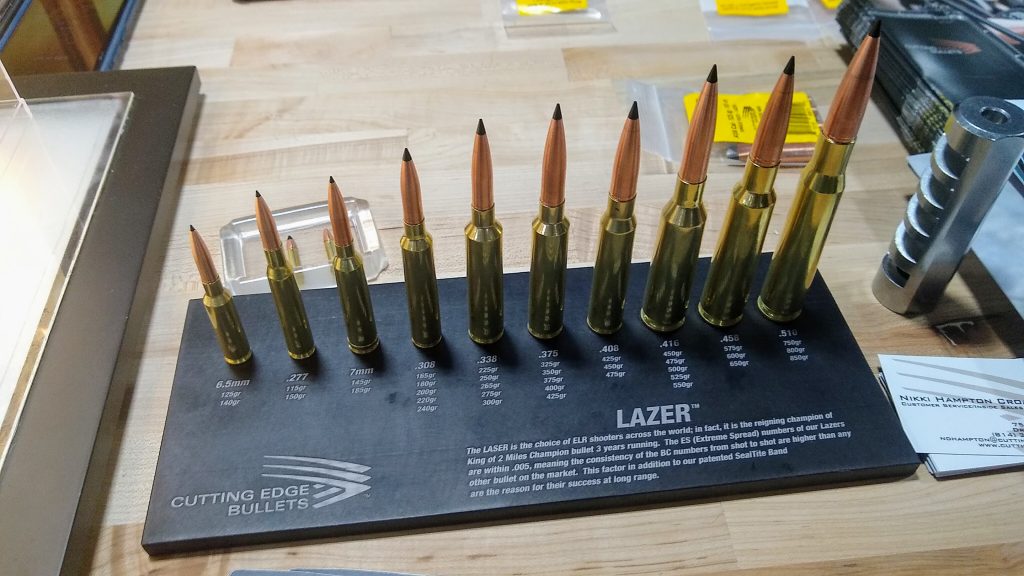 Berry’s Bullets are a much cheaper option. 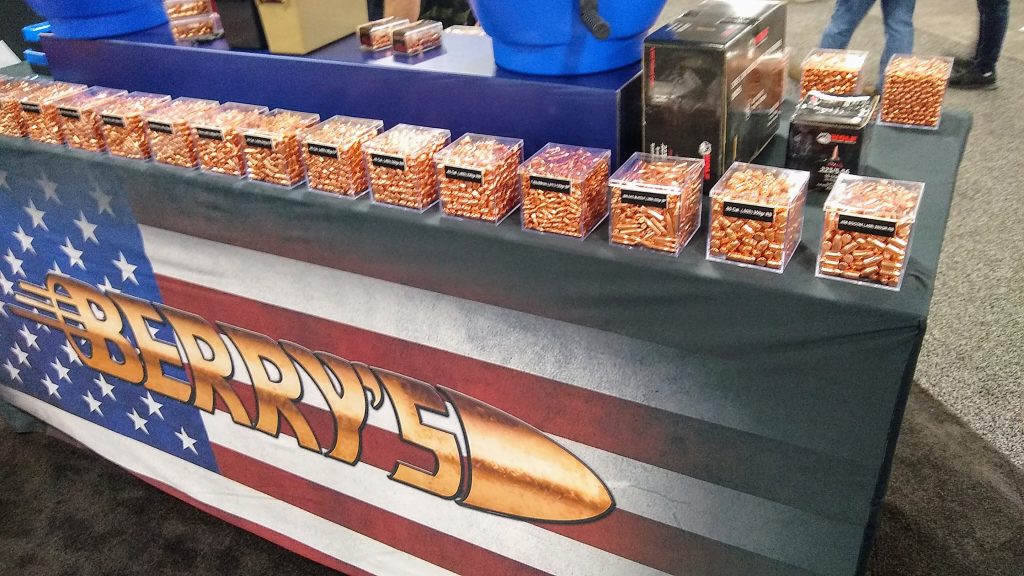 Check out this freedom rifle at the Shilen Barrels booth. 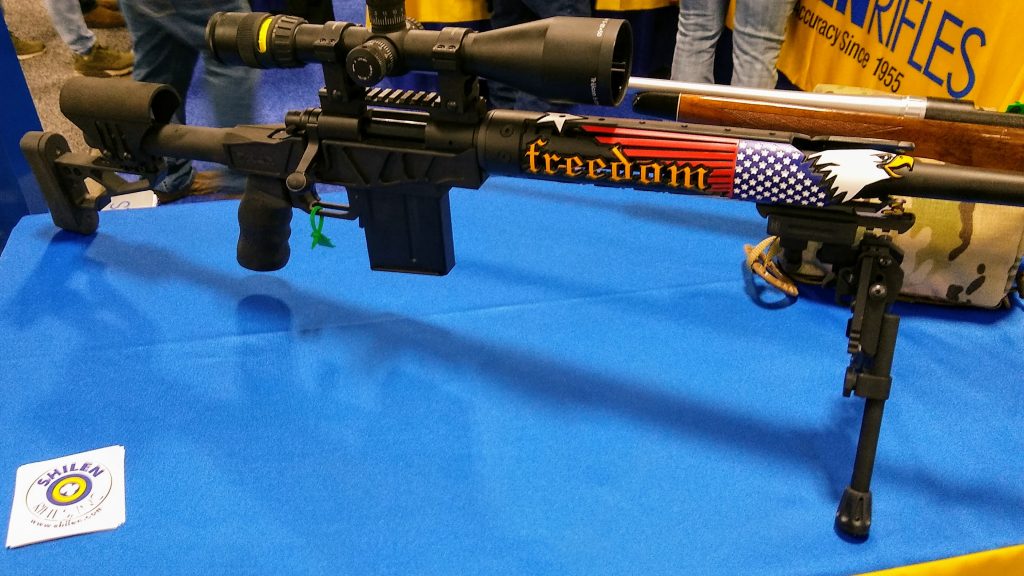 I also stopped booths for Starline Brass, Alien Gear Holsters, Clear Ballistics, Relentless Tactical, TANDEMKROSS, and a host of others.

Last year I stopped by the Annealing Made Perfect booth and recorded a short video.  I had to record another one.  It’s very similar to last year’s video, but with the automatic case feeder attached, I think I could watch this thing work for hours.

At the end of the day I had the opportunity to eat dinner with some outstanding company! I was able to join Logan from the West Desert Shooter channel, Mike from the Reloading Podcast channel, Gavin from the “gavintoobe” YouTube channel, (and also ultimatereloader.com and makingwithmetal.com), Kenny from Eagle Eye Shooting, Gordy Gritters, Pieter Malan from the “IMPACT SHOOTING” YouTube channel, and a couple of other great men. We had a great time together! 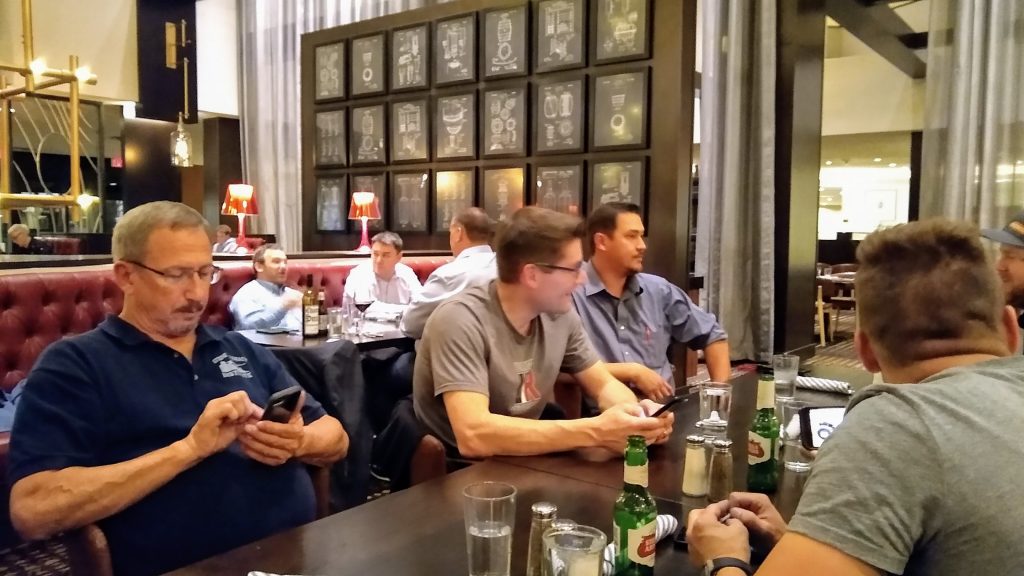 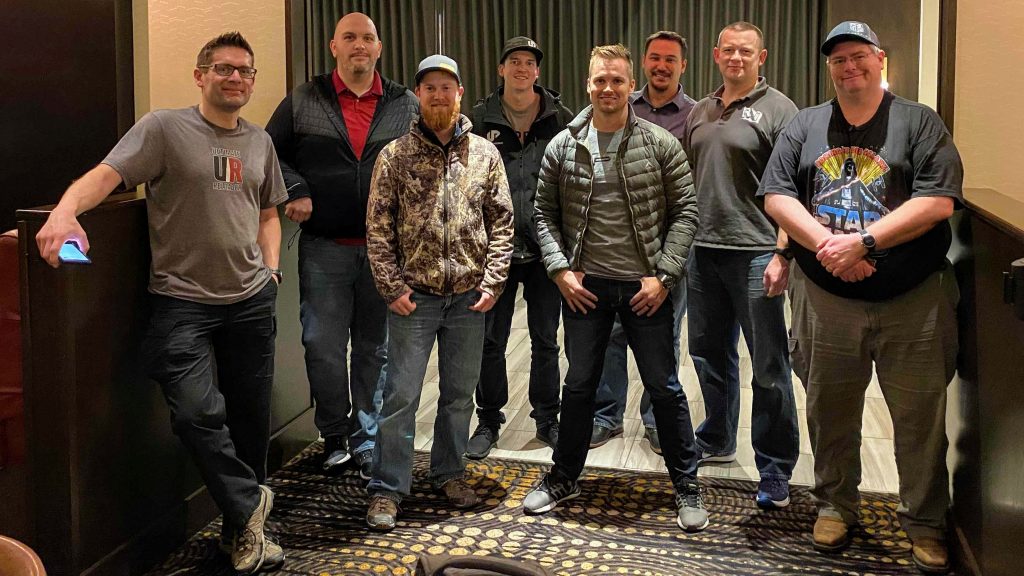 Lots of people desire to go to SHOT Show because they want to see all of the great new products, but I have found that the best part of SHOT is the people that you meet, and that you reconnect with as well! Stay tuned for the highlights of Day 2.

What a great article with excellent pictures. I am so glad you got the pictures. Thank you for doing this and writing it up, it was worth waiting months. So good to see the other folks and I am glad you had a good time.

A celebrity among celebrities!
Thanks for sharing this, L.O.B.

I’m humbled every day by the great people I get to interact with here on TRN! 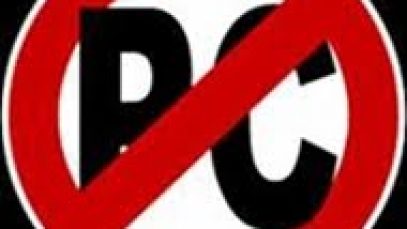 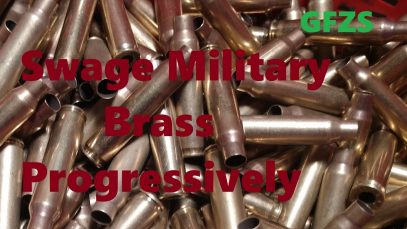 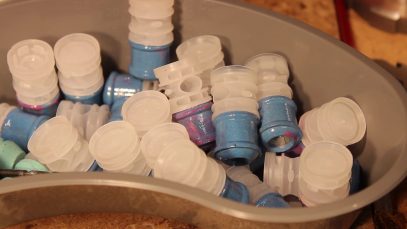 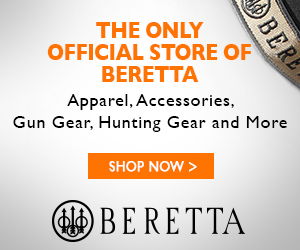