Why I Created The Reloaders Network

The Reloaders Network is Expanding

A couple of months ago I created a community chat for the online shooting, casting, and reloading community to be able to better collaborate and communicate.  The interest, membership, and involvement in that has grown, and now it’s time for The Reloaders Network to expand as well.

Last month YouTube posted an addition to their policies which was a clear indication that they officially do not support human rights, civil liberties, or freedom, and they did so this time by restricting the content that can be posted on YouTube concerning firearms.  Some of the specifics of the new polices are clear, but the overall open-ended and vague manner in which it is written has left much of the YouTube firearms community unclear as to what will and will not be allowed from here on out.  One of the many major concerns for our community is that, at the time I am writing this, it is unclear whether reloading content or content demonstrating bullet casting will be allowed.

I have decided to expand The Reloaders Network beyond just the interaction on Slack.  The conversations will continue to happen on Slack, but we are now adding a publicly accessible website.  This is a central location where the dozens of online content creators can continue to provide videos and other information to their friends and followers.  This will be a place where individuals gaining an interest in shooting or casting or reloading can discover our content and our various personalities.  The Reloaders Network will not be a video hosting service, but the content creators can link to their content, no matter where it is hosted.  The information and interaction and conversations can happen in a centralized place for the entire community.

This is a network of reloaders, created for reloaders, and assembled by reloaders!  I believe the addition of posts, articles, and blog entries in a central location will only serve to strengthen and grow this community, and I am looking forward to whatever lies ahead.  These are exciting times!

Why I Created The Reloaders Network

The reason I started my YouTube channel was to better interact with and contribute to the online community of shooters, reloaders and bullet casters, especially on YouTube.  I had learned and benefited a lot from several people’s videos, and from the comments tied to those videos, and I wanted to do more than just watch.  So, I started the Loads of Bacon channel and started posting videos, and I have had a ton of fun interacting with all sorts of folks.  I really like where our community is at right now, but I want more, and I think we can grow larger and go deeper as well.  So I set up a pseudo-chat/pseudo-forum thing for the reloading community at reloading.slack.com.

Slack is a collaboration and communication tool used by several businesses and communities of interest.  It has a lot of great and robust features, a web interface plus computer and mobile apps, and it is completely free.  I believe our community using this service will prove to be an excellent way to develop solid connections with experienced and knowledgeable individuals.  Chatting with people on a regular basis in an exclusive, yet pretty laid-back atmosphere is a fantastic way to develop strong relationships.

The Slack experience could be a bit like the group chat on the YouTube live streams, but many times better.  Slack kind of looks like a forum, but it’s more of a persistent, real-time chat solution.  Folks really seem to like the community chat feature of the YouTube live chats, but the chat disappears as soon as the live stream broadcast is done.  Slack enables community conversations where the conversations are real-time, or near real-time.  It’s kind of similar to a forum in the way it is organized, but really it’s more of an ongoing chat to share ideas with like-minded individuals in near real time.  It has some of the benefits of a forum, but without some of the annoyances of forums.

So, with all of the communication options that already exist, why should you be interested in this one?  Well, from my perspective, I’m currently very connected, but none of the current technologies fully address the needs of this community.  Right now I get emails from folks, I get YouTube private messages, I get public and private comments on Patreon, I get public comments on various YouTube videos, (but they’re tied to the specific videos and not searchable), and I get some private chats on my Facebook page.  Each of those options has issues, and most of that information is not necessarily private in nature, but it’s also not accessible to the rest of the community.  If it is, it’s hard to find and takes a bunch of digging and work.  The Reloaders Network on Slack will centralize a lot of that, and make it much more accessible to the larger community.  If we use it smartly, it will consolidate and centralize a lot of different communication methods for us.

Like several YouTubers, I have a Facebook page.  The way it is set up encourages folks to send messages directly to me, but not necessarily to the other folks on the page.  Also, not everyone likes to use Facebook, and it’s not very good for searching for information that has been posted.  There’s no multi-person private chat, and that becomes awkward in Facebook Messenger.  There’s no division of conversation based on topic, just a page tied to a person or a YouTube channel.  Also, there’s no cross-mingling of communities; the similar but separate communities stay stove-piped.

Google Hangouts, just like a telephone, is good for direct communicating, but it relies on established relationships, or relationships established in another venue.  YouTube comments are tied to specific videos, and not searchable.  A lot of folks shy away from making any comments that are not related to the video’s topic.  YouTube’s private message system is archaic, and it only allows conversations sent to content creators, not to other viewers.  There’s no group messaging, it’s not searchable, and it often has notification issues.  Email has similar issues to other things already mentioned, and people don’t want to advertise their email address for fear of spam, understandably.  Twitter has many limitations.  There are some good forums out there, but which one should I go to for each topic, and who has time to read through the 90 page threads?

Wouldn’t it be nice to be able to easily communicate with all the folks in this community unhindered?  The Reloaders Network allows us to do that!

So, who is this for?  I believe this is going to serve the needs of YouTube content creators, their viewers, and any other shooters, reloaders, and bullet casters.  It’s a closed community in the sense that you have to be invited to get an account, but we’re inviting anyone that shows an interest.  Consider this your invitation.  Invite your friends.  This is not at all intended to be a Loads of Bacon community – this is a place for anyone that wants to discuss, teach, or learn about anything shooting, firearms, or reloading related.  In fact, please, advertise it to your viewers and your friends.  I built the initial framework, but it’s not mine, it’s all of ours.

The Reloaders Network uses a service called Slack.  Slack is a service used by millions of people.  Most of the users are corporations, and for the features they need, they pay quite a bit of money.  The service has been around for a few years, and is worth a few billion dollars.  They offer a free version, and for our use, it will serve us just fine.  (If you’ve heard of Internet Relay Chat (IRC), or mIRC before, it’s fairly similar in function.  If not, that’s fine.)

One way to view Slack is kind of like being in a building, or at a party.  There are multiple channels set up, which are like smaller rooms where each of the conversations is tied to a particular topic.  Some folks are discussing reloading equipment, and some are discussing molds for cast bullets.  Others are discussing 3-gun and IDPA, while other discussions are happening concerning The Kentucky Patriot’s YouTube channel.  You can bounce around to see which of the many conversations you want to take part in or listen to.  And you can take part in as many or as few of the conversations as you desire.  You also have the opportunity to pull an individual, or a small group of folks, to the side to dive deeper into conversation in private rooms.  The crowd can be there, but we as individual users can get particular about what channels we choose to join and participate in.

The Reloaders Network is not an alternative platform to post videos, or to generate revenue.  It’s really a semi-private environment to interact with the YouTube shooters and reloaders we know and trust.  It’s an opportunity for us to communicate with each other without being tied to specific YouTube videos, and without the fear that Google or YouTube or Facebook is monitoring our comments, seeking excuses to issue strikes against us.  And, it’s ad free!  (Also, if YouTube or Facebook ever does decide to delete our groups or channels or accounts, our community will not be disbanded – we have a place to regroup.) 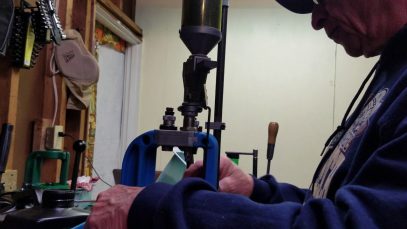 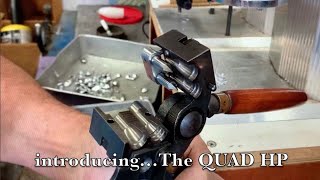 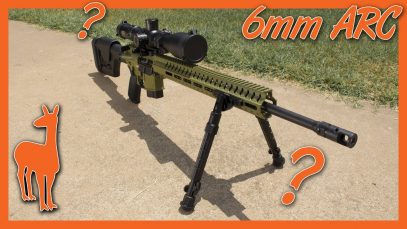 Please go to Appearance > Sidebars and drag a widget into User Submit Sidebar. Contact Form 7 or GravityForms plugin is required!
This site uses cookies to improve your experience. Find out more.